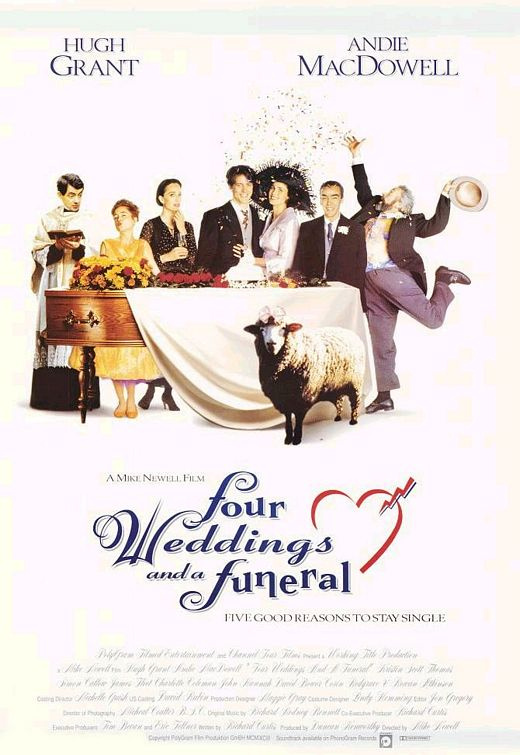 Four Weddings and a Funeral

This acclaimed British comedy centers on the intermittent romance between a charming (if slightly bumbling) Englishman and a beautiful American woman, who seem to always run into each other at weddings. Indeed, it is at the first of the title's four weddings that Charles (Hugh Grant) and Carrie (Andie McDowell) meet, enjoying a brief but fleeting connection.

The spark is rekindled several months later, when they unexpectedly meet at another wedding. Unfortunately, however, Carrie has become engaged to another, a fact that complicates matters for them both.

The story may seem simple, but the film is elevated by screenwriter Richard Curtis' ear for witty dialogue and a colorful supporting cast. Director Mike Newell's sympathetic attention to character keeps the proceedings believable, and prevents the film's more serious moments from seeming mawkish. These elements, along with Grant's star-making performance as Charles, helped the film achieve unexpected international success, including an Academy Award nomination for Best Picture.